So we made it from GB to CH in the i3. Instead of resting on our (self-awarded) laurels, we opted for a new challenge on the first day of our holiday. Lacking imagination, we decided to drive down to the nearest town to hunt out … an electric charge point. A totally unnecessary task as, with a grandad lead with three pin plug, and a heavy duty extension cable with Swiss plug attached, we're self sufficient at our Swiss chalet.

First stop, a little oddly, was Monthey's BP garage. It shows up on the BMW Sat Nav, and on several of the apps we're now juggling. [is the collective noun a confusion of EV Apps?] But where is it? By the petrol pumps? By the air con units? Alongside the three parking spaces for the shop? Nope.

After five minutes we found it. Hiding in plain sight. A little grey box on a post – a bit smaller than a medicine cabinet in your bathroom. A little grey box. Locked. Inside the petrol station shop the woman behind the counter was puzzled – probably not helped by the quality of my French. But with a shrug that was more Gallic than Swiss she made it clear she had no key, and wasn't able to help.

ChargeMap provided a bit more helpful. The grey box was part of Park and Charge - which feels as if it might have been a more useful thing in the dark ages of electric cars c. 1997. If we'd had a key I think we might have found a couple of fairly standard electricity sockets. And had a long wait. 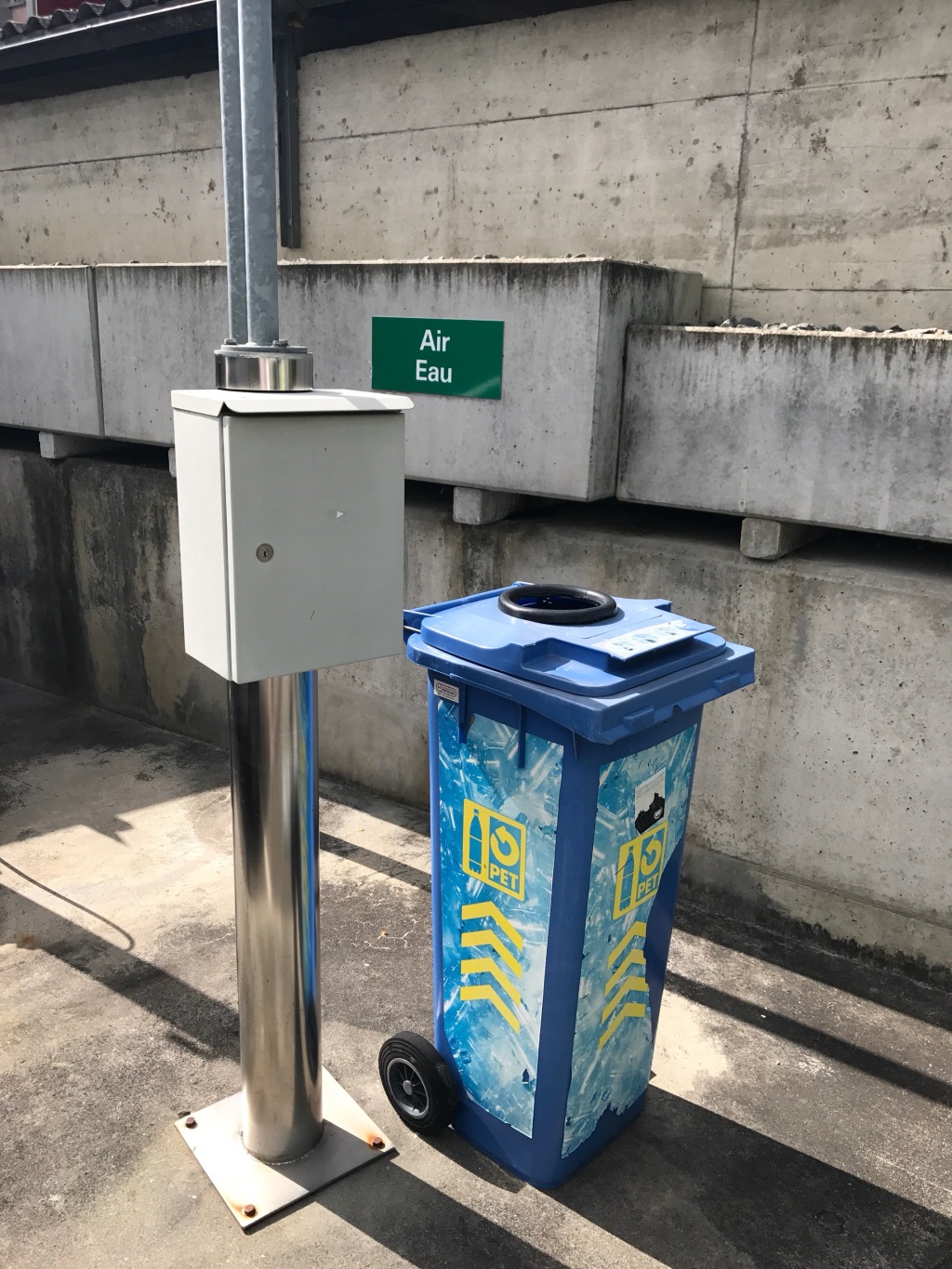 Next stop, a bit down the road. The Sat Nav promised another charge point. So we selected it as our destination and followed the instructions of the woman in the box. "Turn right." But there wasn't a right turn. So we took the next available turn. But the charge point had got further away and not nearer.

Not for the first time, the Sat Nav data needs updating. Granted, the charge point is in the car park of a fairly new building. But unless you've a stunt driver's training and are willing to crash through fences to reach your destination, you'd be advised to use a bit of nous to supplement BMW's guidance. In this case, the entrance just along the road that takes you across the railway line is where we should have been.

This charge point itself, once found, would have been useful had we needed it. Yes, you could sign up to be sent a RFID card. But you could also use your mobile phone and start a charge by text. And not just using a Swiss mobile, there was an international number too. As far as we could tell, you end up being charged by your mobile phone company. It could be expensive, but if you really needed a charge, you'd probably be happy to pay.