After about two hours of filthy weather and slow, slow traffic on the motorway down through Luxembourg, we pitch up at the Lidl at Hettange-Grande to find this: 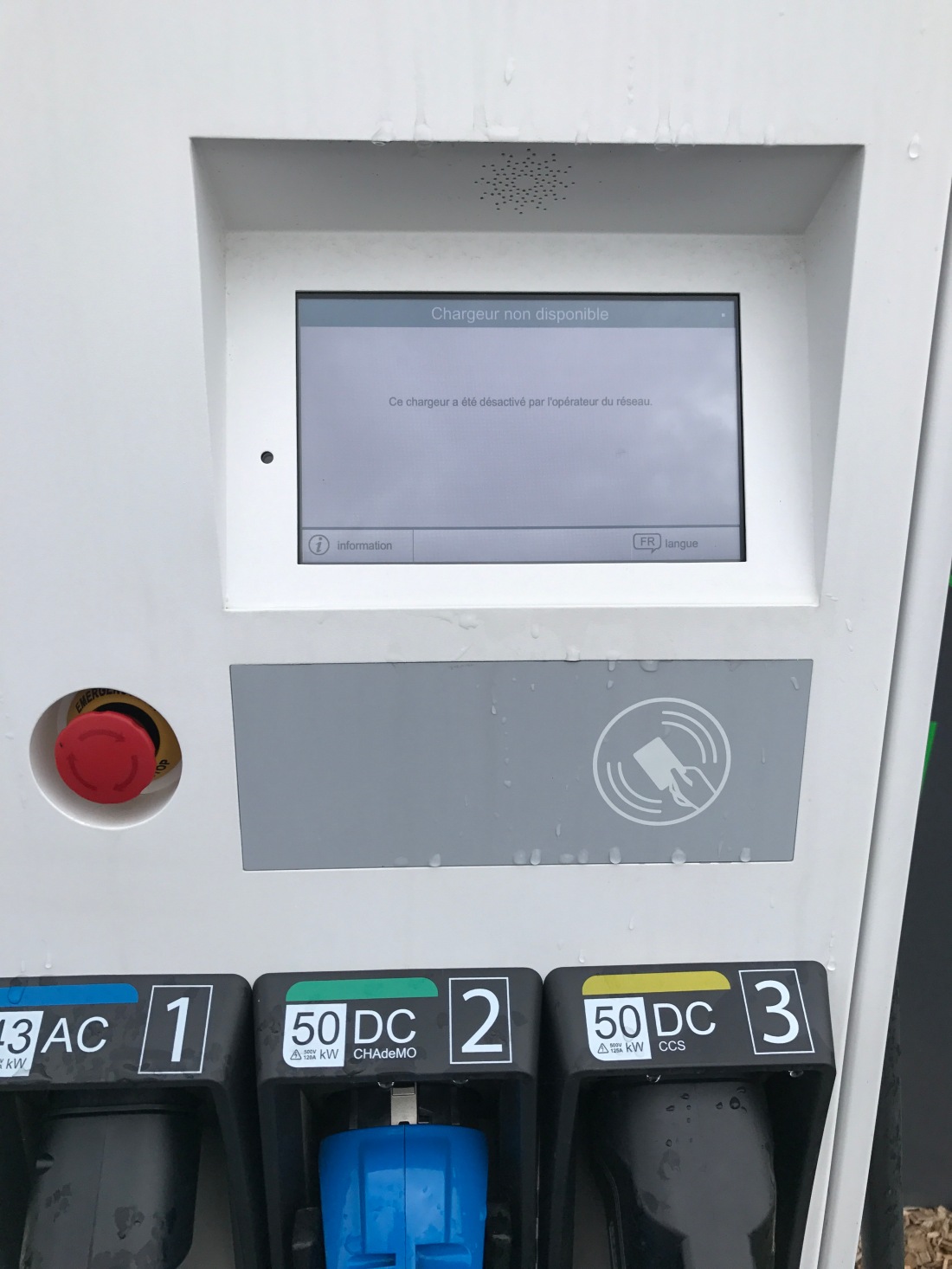 "This charging post has been deactivated by the network operator". Put simply, it's knackered. Pants.

Luckily there's another one right next door which is working but sadly it's literally just been snaffled by another i3 driver. To wait the 30 minutes or trot off to Germany on the REx?

Of course, it would be churlish to ignore another i3 driver so we help him plug in the charger and get chatting. Turns out he's only charging for as long as it takes his wife to get a few bits and pieces in Lidl.

He's just bought his car off a mate who owns 67 garages in Lux, Bel and Fr. He hasn't tested the REx yet because he doesn't know how it works. He mostly charges it at Lidl – well you would wouldn't you if you had one in your village.

Anyway he was a lovely chap and we only waited 15 minutes before his wife came back and the charger was freed up.

Just after we plugged in, a Leaf arrived. He like us couldn't charge at the other post and couldn't charge off ours simultaneously either because the post doesn't deliver enough power for two. Also a nice chap. He's coming back in 20 minutes so we'd better be on our way by then. Or risk a LUX v. GB rift. *runs away*